Logion 28: Jesus said, “I took my place in the midst of the world, and I appeared to them in flesh. I found all of them intoxicated; I found none of them thirsty. And my soul became afflicted for the sons of men, because they are blind in their hearts and do not have sight; for empty they came into the world, and empty too they seek to leave the world. But for the moment they are intoxicated. When they shake off their wine, then they will repent”.

Jesus is certainly speaking from his own authority with this opening statement, no doubt! The Ra group says that Jesus became aware that he was not a person in and of himself but rather a messenger of the Logos, who is Love.  Q’uo shares that Jesus channeled the Logos so completely that Jesus actually became the Logos so that the fullness of the Logos, through the vessel (“flesh”) of Jesus, inserted Itself right in the midst of the third density experience so that the Creator could interface directly with Creator-under-the-veil-of-forgetting.  The Jesus Event was meant to pierce through the thick Earth human mindset which remained quite unpolarized.

Very, very few were harvestable to fourth density, either positive or negative, because the third-density-repeater-psychology which is highly bound up in the ethos of separation fosters the continuance of unpolarization.  In other words, people are largely stuck, “trapped,” in third density and likely in need of continual experience in third density to learn its lessons properly. They have become “intoxicated” by the third density experience. Their belief systems held little room for heart activation. It’s hard to get hearts online when culture and belief systems are arranged so that even if one progresses in them, they further entrap themselves within the systems and don’t know it.  The Jesus Event was meant to blow that entrapment apart.

The gravity of the Earth’s third density thoughtforms is very strong and on this side of the veil, it can be quite difficult to see anything clearly.  The luminosity of wholeness…the full light of divinity and its reconciling and redemptive love…was fully expressed in the Jesus Event in order to help people with their polarization.

Whether the Logos as Jesus was uttering these words, “I took my place in the midst of the world, and I appeared to them in the flesh…” or whether it was Jesus who recognized his own divinity within and knew who he was a Wanderer, it is hard to say.  It doesn’t really matter to me. But, his words are well taken. It’s hard to give people fourth density wine when their cups are already full of third density wine.

But, as you say, Jesus knew that eventually they will awaken out of their intoxication and repent.  We are all on different paces of repenting. The word, “repent,” is not morally grounded as we have understood it. It comes from the Greek word, “metanoia,” which means to “change or expand the mind.”  In other words, “repent,” actually means, “enlarge their ability to see from dualistic consciousness to nondual consciousness.”  In fact, the most modern translation of “repent,” is “wake up!” And as we know if we have ever had an authentic experience of metanoia, it changes everything: our mind, heart, self, and way of life are transformed. As Cynthia Bourgeault and others teach, Jesus was a master teacher of transformation.  Yes, indeed! 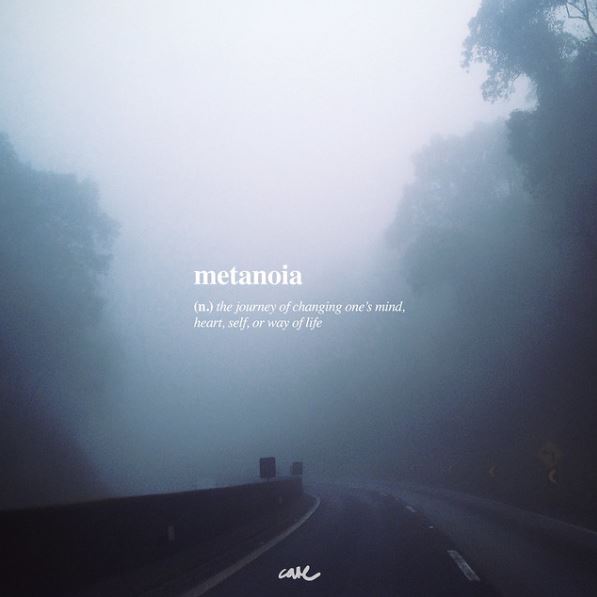 One thought on “Gospel of Thomas with Doug and Noa: Logion 28”